At the Existentialist Café 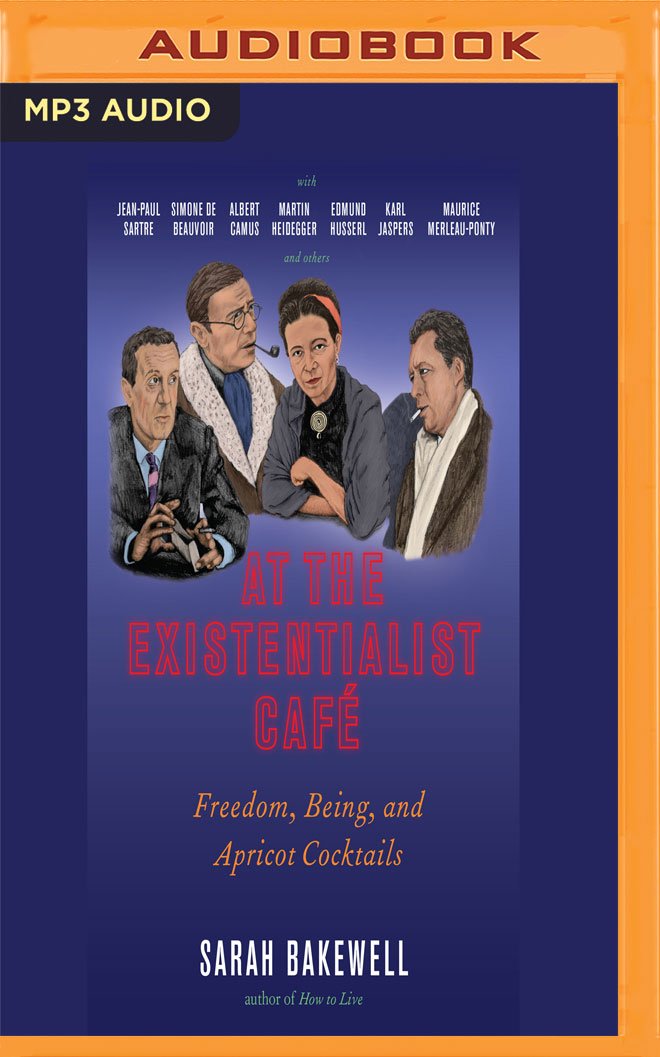 From the best-selling author of How to Live, a spirited account of one of the 20th century’s major intellectual movements and the revolutionary thinkers who came to shape it.

Paris, 1933: Three contemporaries meet over apricot cocktails at the Bec-de-Gaz bar on the rue Montparnasse. They are the young Jean-Paul Sartre, Simone de Beauvoir, and longtime friend Raymond Aron, a fellow philosopher who raves to them about a new conceptual framework from Berlin called phenomenology. “You see,” he says, “if you are a phenomenologist, you can talk about this cocktail and make philosophy out of it!”

It was this simple phrase that would ignite a movement, inspiring Sartre to integrate phenomenology into his own French humanistic sensibility, thereby creating an entirely new philosophical approach inspired by themes of radical freedom, authentic being, and political activism. This movement would sweep through the jazz clubs and cafés of the Left Bank before making its way across the world as existentialism.

Featuring not only philosophers but also playwrights, anthropologists, convicts, and revolutionaries, At the Existentialist Café follows the existentialists’ story from the first rebellious spark through the Second World War to its role in postwar liberation movements such as anticolonialism, feminism, and gay rights. Interweaving biography and philosophy, it is the epic account of passionate encounters – fights, love affairs, mentorships, rebellions, and long partnerships – and a vital investigation into what the existentialists have to offer us today, at a moment when we are once again confronting the major questions of freedom, global responsibility, and human authenticity in a fractious and technology-driven world.