Back from the Shadow of Death: Fulfilling Life’s Mission with God’s Help 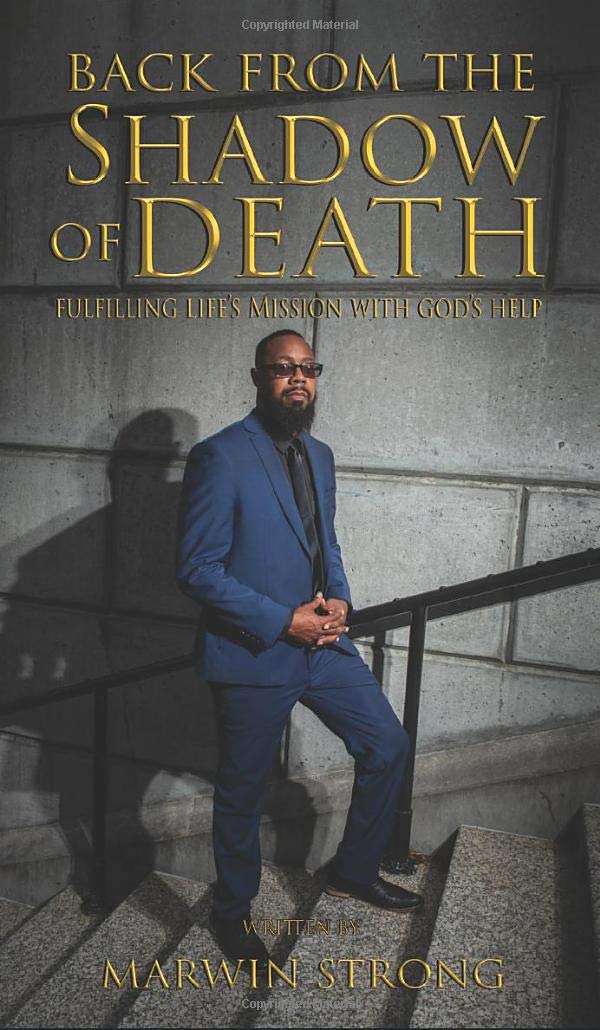 Marwin Strong should not be alive today. He died 17 years ago, and was reborn a remarkably transformed man.

Marwin Strong’s message is: Achieving dreams is possible for everyone. Though he admits this goal will not be easy, with his unique life and message he shows that moving into the light of self-fulfilling dreams and success is a choice and a journey worth making.

With frequent frustration, but also courage and hope, Marwin shows this kind of transformation can happen to anyone. Though his experience is told from a uniquely Christian perspective, Marwin’s is a story for any person, from any religion, even for those who claim no religion at all. It is a story of hope for an America ravaged by overdoses from the opioid epidemic, suicide, homicide and depression.

Born in the small rural town of Muncie, Indiana, Marwin grew up in an inner-city neighborhood rife with poverty, drugs, violence and discrimination. After a near fatal attack by an unknown assailant, Marwin made a dramatic comeback from his former life by starting his own in-the-trenches war against drugs and violence. His experiences in the streets and his unique speaking style due to his trauma, make him a powerful speaker who easily communicates with those in the community as well as those still in the drug game.